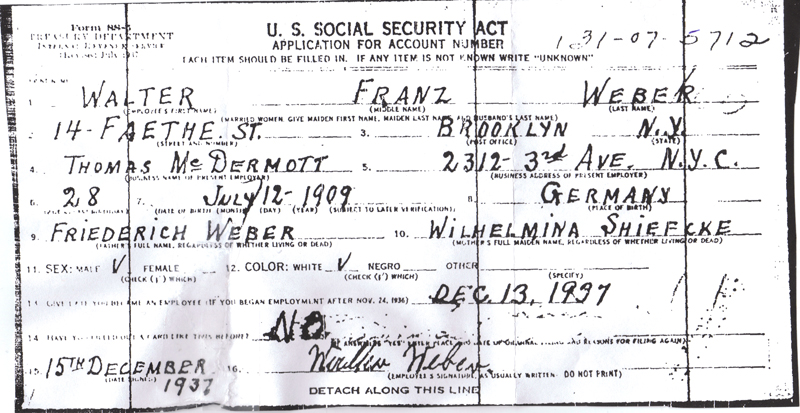 Have you ever hit a wall in your genealogy research where the only option to move forward was to get your hands on some sort of government document? That’s what happened to me recently. I needed one ancestor’s parents’ names. And the only way to get them would be to get a copy of her application for a Social Security number (SS-5 form).

I recently ordered two of these — one certified copy ($37) and one uncertified computer printout for another ancestor ($16). I used the online form to apply for both, and I knew the Social Security number for each individual (they charge more if you don’t). So basically I paid $53 for these two documents. I’ve done this before and I generally receive them within a month.

It didn’t go like that this time. Two months went by. I then called the Social Security Administration from the toll-free number on their website. Here’s what happened:

I’m giving it until the end of this week to follow up, and I’m hoping this will be the end of it. For something that should have been a simple online submission, lookup, printout, and mailing, this level of incompetence is absolutely astonishing. I’m not sure if I’m surprised by it or not coming from a government office. But when they don’t even know what records they make available, I think that’s a bit worrisome.

Have you ever gone through something like this as a genealogist where cutting through red tape to get information that’s supposed to be publicly available felt almost impossible? Share your story and let us know how it worked out in the comments below.

Jenn is a professional writer and publisher, and the founder of Climb Your Family Tree.

She first became interested in genealogy as a teenager. Since that early start, she's spent more than 25 years putting her personal passion and professional research skills to use in exploring her own family history while assisting others in their genealogical journeys.

2 thoughts on “Government Incompetence and Genealogists”